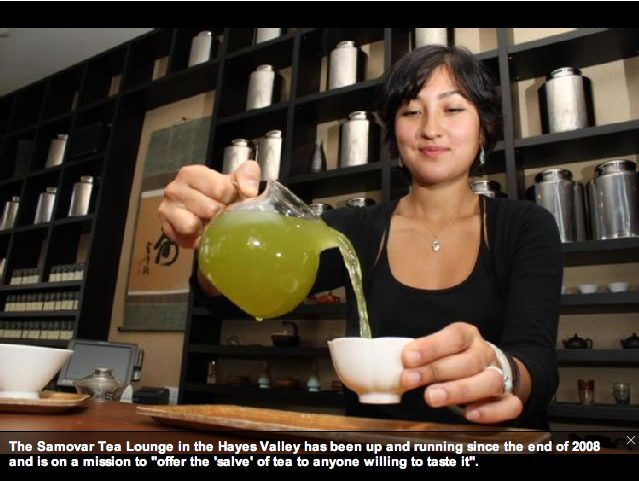 Samovar Tea Lounge Hayes Valley will host an evening of African tea and a discussion with Joanne Jorissen, a midwife in Africa and founder of African Mothers Health Initiative.

An award-winning short documentary on her work in Malawi, Africa will be shown, and you will have an opportunity to try some rare handcrafted African teas (voluntary donations for tea will go to Joanne’s organization, African Mothers’ Health Initiative).

You are welcome to have dinner while listening to Joanne speak of her travels, work, and commitment to change through the African Mothers’ Health Initiative.  If you can’t make the event, please visit her website: http://www.africanmothers.org

The event is open to the public and free of charge. 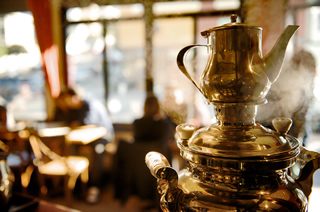 We created Samovar to make the intriguing world of tea approachable and affordable. Tea’s inherent values also guide our efforts to encourage community, vitality, and equanimity.

The Blossoming of Three Samovars

Samovar Yerba Buena
Per the request of the City of San Francisco, Samovar Tea Lounge Yerba Buena opened April, 2006, enlivening the shuttered and defunct space that had housed a failed Starbucks. Samovar Yerba Buena is a garden oasis, resting above an urban waterfall in the heart of the city. Nested beneath the city’s skyscrapers, Samovar satisfies downtown workers, tourists, and convention-goers with an escape from the city’s frenzy.

This most recent project continues our history of converting old-school coffee shops into tranquil spaces that provide a modern offering of tea.